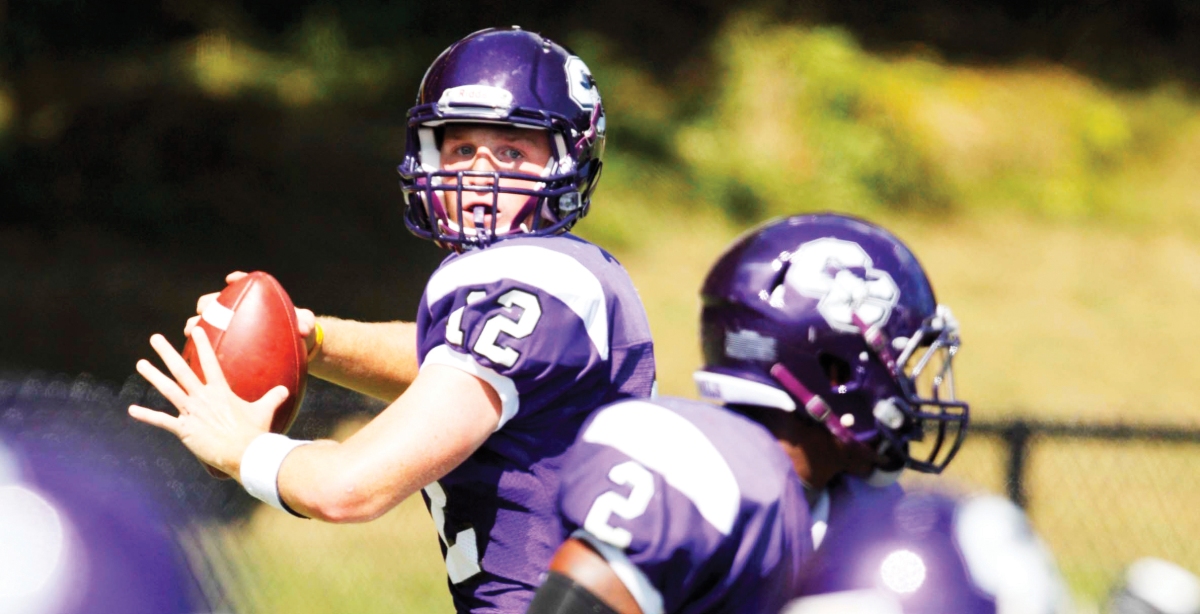 From an early age, Kevin Fruwirth was impressing people with his ability to throw a football.

Daniel Fruwirth, Kevin’s father, remembers a day when Kevin was 7 and tossing a football around during his dad’s slow-pitch softball game. Everyone said that little Kevin was going to be a quarterback. 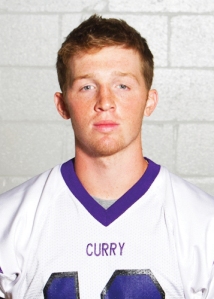 At 6-foot-2 and 200 pounds, he’s no longer little. But Fruwirth did realize his athletic destiny. As a captain on this year’s football team, the senior led the Colonels to a 4-5 record. He threw for 2,223 passing yards and 24 touchdowns, and was named to the All-NEFC second team. On Dec. 8, he also traveled to Miami, Fla., and played in the 2013 National Bowl Senior All-Star game, which featured many of the nation’s top Division II and III players. But the path that got him here wasn’t always smooth.

Following Fruwirth’s sophomore season at Agawam (Mass.) High School, where he was sharing snaps with another quarterback, his coaches moved him to defensive end. Fruwirth was not happy with that decision, but he played his role in helping the team. However, he spent the following summer at a variety of football camps with the goal of proving his worth as a quarterback. The hard work paid off and Fruwirth won the starting position his senior year.

He was named to the All-Suburban League team, the All-Western Massachusetts team, and led the region in passing yards. Fruwirth chose to attend Saint Anselm College in Manchester, N.H., a Division II school. But after just one semester there, Fruwirth transferred to Curry.

“It just didn’t feel right, being on the football team,” says Fruwirth, a criminal justice major who is scheduled to graduate from Curry this spring. “I wanted the opportunity to play and I didn’t see myself getting that chance in the future at St. A’s.”

Fruwirth says he had known about Curry, but wasn’t recruited by the college. However, after visiting the school “it felt right from the moment I got on campus.”

Fruwirth spent his sophomore season largely on the bench, playing behind Curry senior quarterbacks Mark Gilson and Anthony Carnevale. However, he earned the starting position in 2012 and amassed huge numbers: 266 completions for 2,770 yards (both school records) and 27 touchdowns, with only eight interceptions. Fruwirth led the team to a 6-4 record, including three late-game comebacks, and was ranked 7th in the nation among Division III quarterbacks in passing yards.

Entering this season, Fruwirth’s teammates elected him one of their captains. “He is a good leader because he leads by example,” says Curry head coach Skip Bandini. “He is tough as nails. He may be one of the best competitors I’ve been around.”

But football isn’t the only thing Fruwirth is serious about. With a 3.69 GPA, he is among the best student-athletes on campus. Fruwirth says he hopes to become a Massachusetts state trooper following graduation. “I hold myself to high standards,” he says. “And that is what state troopers are: the best.”

“Keeping a good GPA really just comes down to time management,” Fruwirth adds. “The work isn’t going to get done if you don’t do it, so I force myself to just do it….I am just trying to get a return on my investment.”

If history is any indication, he will surely realize that goal.