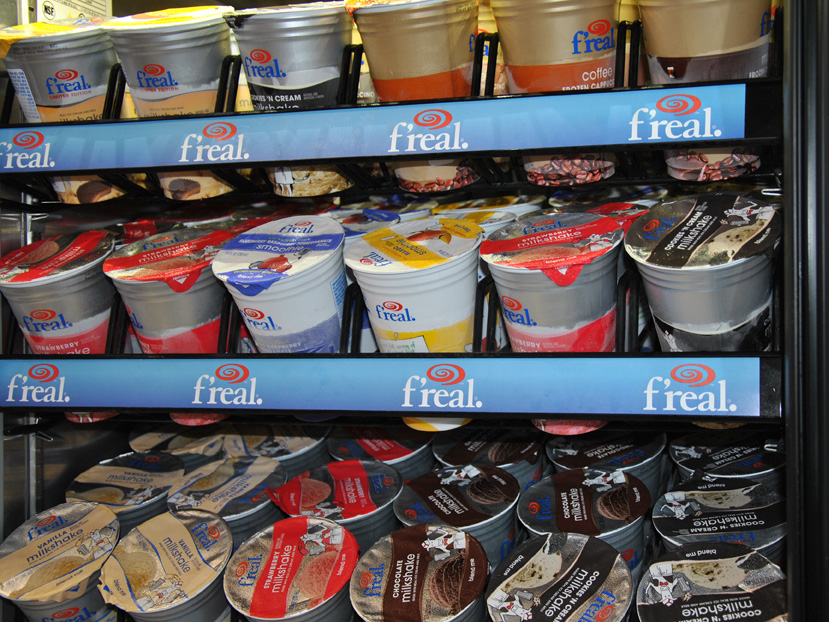 Some milkshakes bring all the boys to the yard, but a new machine by the company f’real has students and faculty alike flocking to the Hafer Café.

“I love them,” said Jessica Leary, a freshman nursing major. “I get the chocolate milkshake. They’re just really good. I’d like to see them added to the Student Center.”

For now, the lone f’real machine is located in the Hafer Café. Each shake or smoothie costs $3.99, which hasn’t been cost prohibitive for too many folks. According to Irene Whooten, a Sodexo employee who works in the café, they sell about 50 of the drinks per day. “They are a novelty on campus, and we’re the only place that has it,” she said.

According to the f’real Web site, they’re also available on other college campuses in the area, including Emerson, Suffolk and UMass-Boston.

“They give students the choice of a little something extra,” said Axel Cruz, a freshman criminal justice major. “And they taste delicious!”