The Curry Health Center is offering free HIV testing for students, faculty and staff. Tests are available this Friday, March 2, Wednesday, April 4 and Friday, May 4 between noon and 3:30 p.m. 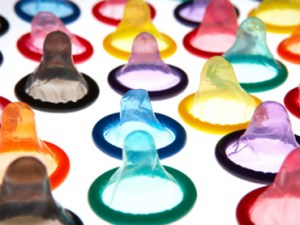 Representatives from Harbor Health Services, located in Milton, will conduct the tests using a fast-acting oral swab, said Ellen Kawadler, director of health services at Curry. Results will be made available in less than 20 minutes, and all tests and results are private. Kawadler recommends that people make appointments—although walk-ins won’t be turned away, she said—and tests will be conducted on the half hour, meaning only seven appointments per day will be available.

According to the Center for Disease Control and Prevention, people ages 13 to 29 accounted for 39 percent of all new HIV cases in the United States in 2009, the most recent year for which there are statistics. Seventy-five percent of these cases were found in people ages 20 to 24.

Curry’s free HIV-testing program began in the fall of 2010 as a service for students because some of their health insurance policies may not have covered the test. Kawadler said the Center for Disease Control and Prevention recommends that yearly physical exams include HIV testing. The goal, in part, is to raise awareness of the disease and to prevent its spread.

“I care about the danger, but I haven’t seen or heard of anything,” said Derek Degon, a freshman criminal justice major.

Kawadler said the best way to prevent HIV is to use a condom during sexual intercourse, whether it’s heterosexual or homosexual. The Health Center gives away condoms by request, and they are often made available in the waiting room.

While Kawadler said condom usage is incredibly important, it won’t protect you from every possible STD. Some diseases can be contracted through skin-to-skin contact, she said. Kawadler also recommended that people not shave their pubic region, to reduce the chance of spreading bacteria.

“People that shave must make sure they change the razor head after every shave in order to prevent the reintroduction of bacteria into the small openings in your skin,” she said.

Mike Doyle, a freshman criminal justice major who is gay, said he understands the importance of safe sex. He also understands that people need to be responsible for the actions they take.

“It scares me,” Doyle said of HIV, “but I’m not concerned for myself as much as I’m concerned about others.”