On the front door of Caressa Kislus’s office, located on the second floor of the Student Center, is a poster that carries a quote from Mohandas Gandhi: “Be the change you want to see in the world.”

It’s a message aimed at those who enter her office, although it also speaks to the person who taped it there.

A native of Chicopee, Mass., Kislus graduated from Curry in 2003 with a degree in management and communication. Four years later, she returned to the college as coordinator of student activities and has been involved with nearly every Curry-related community service event on and off campus, including the Habitat for Humanity Alternative Spring Break trips, the Cradles to Crayons program, and various food and clothing drives. 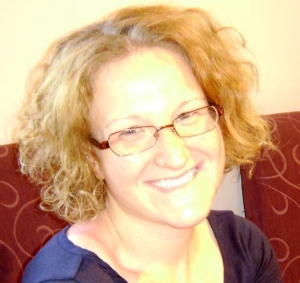 From organizing Alternative Spring Break to other service projects Caressa Kislus’s work and passions come together to help others. // PHOTO COURTESY

“Find that thing you like to do every day and go with it,” says Kislus, whose office contains a large bin filled with blankets waiting to be donated to a local hospital. “I am really fortunate to do a wide range of things.”

Growing up in a single-parent family, Kislus says her mom, Beth, a special education teacher, often preached the importance of giving back to society and helping those in need. The message clearly took root. Kislus is a former Girl Scout who helped bring recycling to her high school and who routinely organized community service trips to local food pantries and to clean up area parks.

As a student at Curry, Kislus focused much of her time trying to find her calling. She worked in the Admissions Office, hosted “Evenings Out on the South Shore” Sunday nights on the student radio station, and held five different internships, two at radio stations in Boston. Kislus graduated with a 3.8 GPA and earned the “Intern of the Year” award her senior year.

Following graduation, Kislus went to work for a communication firm, doing event planning and marketing for non-profit, for-profit and government agencies. But still, there was something missing.

“I wanted to work in a community and see that what I was doing was having an impact,” she says.

A job opening at her alma mater seemed like the perfect fit. Curry wanted to expand service and volunteer opportunities for students—Kislus says there weren’t many during her years as an undergraduate—and hired her to lead the way.

“With all the non-profit activities she does, she has been able to do it while maintaining such high energy,” says James Dunphy, a senior communication major who was among the students who accompanied Kislus on this year’s Alternative Spring Break trip to Delaware. “She has been able to bring such a great image to a private college and her work should be noticed more than it is.”

Kislus says overseeing Alternative Spring Break, which Curry adopted in 2001, is among the best parts of her job. Rather than simply vacationing at some beach resort, Curry students travel to either Delaware or Pennsylvania to take part in a Habitat for Humanity project during the college’s spring break week in March.

“It really changes their outlook through experiencing something they never knew,” says Kislus, who also serves as advisor to the student service group Curry Cares.

This fall, Kislus will join with Student Disabilities Officer Chip Kennedy to launch “Project Eye-to-Eye,” which pairs Curry students who have learning disabilities and ADHD with local elementary school students who deal with similar issues. The national mentoring program started in 1998 at Brown University and has since expanded to colleges and universities throughout the country.

“I wish I had something like this growing up,” says Kislus, noting that she has a mild form of dyslexia when it comes to numbers. “It can be hard when you’re a little kid.”

Although she’s not a professor, Kislus believes she’s making a meaningful impact on many students throughout campus. Clearly, she is her mother’s daughter.

“I am teaching, just not in the classroom,” she says. “I’m teaching different life skills: learning to serve and giving back to other people.”