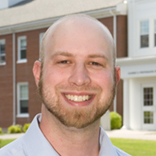 We’ve all seen the typical “Hollywood” version of a librarian at one point or another. You know the one: an old, crotchety, gray-haired woman with horn-rimmed glasses who shooshes you to be quiet.

To be sure, Benjamin Brudner isn’t out of Central Casting. But he’s also not afraid to drop the occasional “shoosh” either.

A reference librarian at the Levin Memorial Library since September 2008, Brudner is something of a hipster by any standard. The 30-year-old Boston native graduated from East Boston High School in 2001, sports a thin beard and routinely wears a scally cap. And although they’re not always visible to the casual observer, Brudner is the proud owner of some eclectic tattoos. One features Elvis Presley. Another, Louis Armstrong. Then there’s the one on his right arm of Albert Einstein and Groucho Marx playing a game of chess with each other. He refers to inking as more or less a “modern ritual.”

Today, Brudner is a long way from his younger days jamming out to punk rock at the Rathskeller in Kenmore Square. He earned his bachelor’s degree in psychology from Keene State in New Hampshire, and then spent a long time searching for work. He says he must have applied for more than 100 jobs out of college. But he found his current career somewhat by chance. While caring for his ailing mother in New Hampshire, Brudner landed a gig shelving books at a local library. He enjoyed the work and decided to turn his love of reading and writing into a full-time endeavor. Brudner returned to school and earned a master’s degree in library sciences at Drexel University.

“Finding information has always been something appealing to me, and the ability to find information quickly is important,” he says.

An avid lifelong reader, Brudner says Steppenwolf by Hermann Hesse is among his favorite books. It’s a story of a middle-aged man struggling to find his place in a world that he thinks little of. Brudner says he read the book in his 20s, and it resonated with him on a spiritual level.

“I think people are in a constant state of re-definition,” he says. “I think, certainly, in your early 20’s you’re caught between the end of your teenage years and the beginning of your adult years, and it’s a time for massive re-definition. At that point in my life, this book really connected with me.

“While I was against going [to college] as a youth, attending college turned out to be one of the best decisions of my life and the one that inspired a drive and curiosity about life that could not have occurred without exposure to the course work and professors at college,” Brudner adds.

In addition to his love of books, Brudner says he’s passionate about music. He fondly recalls his father taking him to jazz bars in Boston as a little kid, and specifically remembers Wally’s on Symphony Street. A big fan of vocal jazz and indie rock bands, Brudner cites The Clash and Tom Waits as among his favorites.

But what really sticks out about this most unordinary of librarians is his connection to the student body. He’s not too far removed from his own years of teenage angst, and he understands that different people discover themselves—and their passions—at different points in life.

“Besides being a good classroom instructor and a really good reference librarian, he brings a measure of creative thinking, which is really unique to him and to what the library itself offers,” says Curry librarian David Miller, adding that Brudner often goes out of his way to try to teach students more than just the information they are looking for.

“Even when you’re working with somebody to try and meet their immediate needs, depending on the context you can try to inculcate or point out things that they could remember for next time, and Ben is very good at this…and connecting with students.”