Over the Counter Doesn’t Mean Safe

Although winter is coming to an end, cold and flu season continues to linger. Living in shared and close quarters on a college campus only increases one’s chances of getting sick.

Sometimes, however, the remedy is worse than the illness.

Abuse of prescription and over-the-counter medications is at an all-time high. Many drug stores even require shoppers to show ID to purchase cold and allergy medications, because the active ingredients in many of these products are used to make methamphetamines. 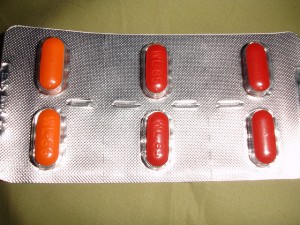 The chemical composition of many over-the-counter cold syrups contain the drug Dextromethorphan, or DXM. Many DXM-containing products, such as Robitussin, also contain other active ingredients that can be dangerous or even fatal in high doses. DXM is in many name-brand and generic cold medicines, including Mucinex, that you can buy at any local pharmacy without a prescription.

When an individual exceeds the recommended label-specified maximum dosages for recreational use, dextromethorphan acts as a mild hallucinogen. The street slang for tripping on DXM is referred to “Robo Tripping.” The trip has been compared to those caused by ketamine, LSD and psilocybin mushrooms.

The effects of large amounts of DXM can consist of intense euphoria, vivid hallucinations, and what has been described as an “alternant consciousness.” The crude side of Robo tripping includes extensive vomiting, muscle spasms, delirium, and panic attacks. Some people have even created public service videos to showcase the dangers. It’s not pretty, or safe.

Dextromethorphan is a serious drug, and over-the-counter medications need to be used delicately, responsibly, and for true medical purposes. Otherwise, the consequences can be a lot worse than a nagging cough.