Curry isn’t yet introducing any new campus security efforts, but the college will start enforcing existing policies that have occasionally gone ignored.

For example, student security officers are now checking all students’ ID’s when students enter residence halls between 7 p.m. and 2:30 a.m. on Thursdays, Fridays, Saturdays and early Sundays. Enforcement of the existing policy aims to ensure that guests are signed into buildings correctly, and to keep out people who don’t belong in, said Erik Muurisepp, director of residence life and housing. 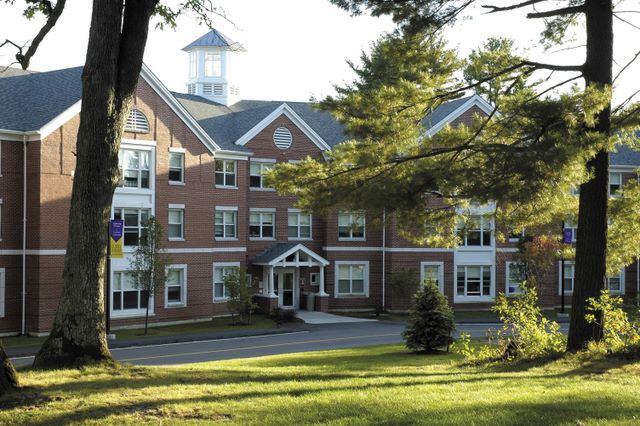 Students will now be required to show ID’s when entering most dormitories on campus Thursday nights through early Sunday mornings.

“This rule has been part of the policy since I have been here,” said Muurisepp, who joined Curry in 2010. “We are always looking at what security we can improve.”

As of Jan. 24, the policy is again being enforced in 13 of the 17 residence halls on campus. Student security guards don’t work in Brown, Gray, White Houses, and Ross Hall because of the small size of those dorms and the general lack of problems in those dorms, Muurisepp said. There are no ID checks in any of the residence halls Sunday night through early Thursday morning.

In the early hours of Sunday, Jan. 20, a Curry student was sexually assaulted in one of the larger residence halls. Three men were arrested on various charges relating to the assault; none of the men were enrolled at Curry at the time of the attack. During their Jan. 28 arraignment in Quincy District Court, all three entered pleas of not guilty. The college has declined to say how the students got onto campus, and if they were guests of an existing student.

And on Wednesday, Feb. 13, the college reported that a student was allegedly attacked and robbed in North Hall. According to Dean of Students Maryellen Kiley, who notified the campus community via email the day of the attack, it is not yet known if the assailants are students.

Public Safety Chief Brian Greeley explained that he expects all existing security policies to be enforced, and that his department regularly reinforces proper procedures with student security workers. “An incident such as the recent sexual assault on campus only reinforces the importance of student security following these policies and procedures,” he said.

According to Elizabeth O’Handley, a sophomore education major and student security officer, enforcing the existing policy simply makes sense. “Because of recent happenings in [residence] halls, and people not signing into buildings, it is a good idea so that we can hold the correct students accountable for damages that happen in the dorms.

“It is important to know who is in the building, especially on weekends, when everyone is drinking,” she added.

Other students agree. Even though it is a small inconvenience, addition security is a good idea.

“You never know who is on campus,” said Vincent Corigliano, a sophomore information technology major. “You need to make sure all students are safe.”