Nearly a year ago Sodexo reclassified a number of its campus-based workers to part-time employees. That change led to the elimination of heath care benefits and vacation time for some of those employees.

However, it also led to the formation of a new labor union among many food service workers based out of Curry College. On Wednesday, Feb. 4, that union unanimously agreed to a new labor contract that restores lost benefits and provides additional compensation. 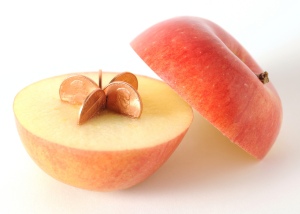 “The vote for ratification was an overwhelming success,” said Julie “Jools” Pemberton, one of the Sodexo employees at Curry and a leader of the union movement. “I think it will be a more fair and just place to work. We will have an outlet to air out grievances and know they are listening.”

In early 2014, Sodexo stripped most of its U.S. campus-based employees of health-care benefits and vacation time by reclassifying them as part-time employees—even though many worked more than 30 hours a week during the school year. Sodexo claimed the Affordable Care Act allowed companies to classify workers based on the calendar year, rather than seasonally.

The company has since readjusted its classifications, and restored most health care eligibility.

Many within Curry’s student body have vocally supported the dining staff throughout the unionization effort. Last April, when Keith Meal, Sodexo general manager for campus services at Curry, refused to meet with the burgeoning union, students began chanting “WE WON’T EAT HERE,” among other things. Pemberton has repeatedly praised the support she and her fellow Sodexo employees have received from students and faculty.