“It’s the biggest event on campus.”

So says La’Toya Bentick, who speaks from experience. The former president of the Curry Multicultural Student Union, which hosts the annual Big Bang show, graduated in 2014 but has returned to campus to serve as fashion coordinator and mentor for this year’s event on April 25.

This year’s theme is “UNITY: ALL Lives Matter,” which was inspired by race relation issues in Ferguson, Mo., New York and elsewhere. According to MSU president AJ Stephens, a senior communication major, the theme focuses on the fact that bullets don’t discriminate. All violence needs to stop. 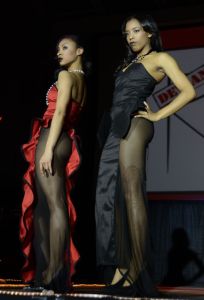 MSU has won “Club of the Year” honors in each of the last two years.

As always, Big Bang is a charity event open to all students. The student-run organization donates 100 percent of its proceeds to various organizations and non-profits; MSU donated $3,000 last year to groups fighting against youth bullying. According to Stephens, this year’s goal is to raise at least $5,000 for DOMUS: Love Lives Here, which is based in Stamford, Conn. The organization works with homeless youth on issues of health, education and life success.

“We’re using different promotion techniques, such as selling tickets at all of our events leading up to the Big Bang,” says Stephens. In addition, there are radio-related ticketing events and “pop-up” ticket sales opportunities in the Student Center.

The 8th annual Big Bang, to be held in the Student Center gymnasium, will feature its annual fashion show, with student models, and an assortment of live performances. “We have returning models helping to progress new models’ talents,” said Claudia Sentiger, co-chair of fashion and a psychology major at Curry.

Featured designer labels include LezBReaL, Zadon, Garconmanque` U.S.A, and Touch the Sky. Touch the Sky is one of the event’s main designers and sponsors.

Although MSU organizes Big Bang, many other students are volunteering their services. Students involved with Curry theatre productions, including senior Nick Doonan, are helping with stage setup, and senior Andrew Schneider and junior Emily Aronica are serving as event photographers. Big Bang will also feature a variety of vendors.

Tickets are on sale now ($5 for members of the Curry community; $10 otherwise), and they can also be purchased at the event. Doors this Saturday open at 5:30 p.m., with a pre-show at 6.