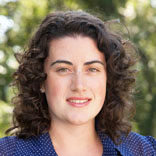 Taking on four interns this semester, Emilie Clucas feels that her uphill battle has become a shared and valuable journey.

As Curry’s alcohol educator, Clucas is a staff of one in the Drug and Alcohol Wellness program. But she has been able to broaden her program’s efforts this academic year thanks to four student interns: senior graphic design majors Jared Maciel and Richelle Miller, senior psychology major Kristin Kurtz, and senior health major Ben Zaritt.

According to Clucas, the group tries not to be “too preachy” and to instead create enjoyable events where students can learn about healthy lifestyle choices. And with her new cadre of interns, she has been able to increase her program’s efforts. In the 2010-2011 academic year, the Drug and Alcohol Wellness program hosted 16 events. This academic year, 26 events have taken place.

The challenge, Zaritt said, is that the group is often “preaching to the choir,” namely students who aren’t likely to abuse drugs and alcohol. Nonetheless, the programming is an important service on campus.

“When one thinks of problems of college, they usually think drugs and alcohol,” said Zaritt. “But I also think that there is always much more to learn, and if students pay attention closely to the alcohol problems and information sent around school, I feel it would be a great opportunity for them to learn something new.”

Some students on campus, like freshman psychology major Sam Koenig, say they have never heard about the program and aren’t interested in learning about it. Others, like senior communication major Danielle Roy and sophomore English major David Haddad, say they don’t know a great deal about the program and have not felt its presence on campus. Others still, like junior sociology major Tarek Ghneim, say that alcohol education is extremely important on campus and should only increase.

Getting the word out was part of Clucas’s rationale in taking on additional interns this year; she previously only had one. All interns receive academic credit for their efforts and each student brings something different to the program, she says. Kurtz has taken on the challenge of building awareness about the dangers of marijuana use. She has even begun to work with Clucas in conduct sanction classes. Zaritt has been focusing more on the study of alcohol poisoning, and creating surveys and lesson plans to use on campus.

The other half of the team has applying their design skills to the internship, with Maciel editing an educational video featuring students who were interviewed about excessive drinking, and Miller working on reworking pamphlets to make them more engaging and interesting to students. All of it is in line with Clucas’s mission.

“I’m not here to tell you what to do,” she said. “I’m just here to give you the information.” Clucas added that she wants students to be aware of how their body- and mind-altering substances affect one’s health.

“It is a great program for the college,” said Maciel. “Students need a place where they can ask questions.”

My first blog gave you a small taste of how to stay fit through diet. Now, I’m going to show you how to become a lean machine with helpful tips and tricks that I have used in the past to improve my own cardio.

A trainer once told me about an interesting technique to improve stamina, which might sound unorthodox, but is actually quite effective. During your run, try breathing through your mouth and out your nose.

I know this may sound crazy and the opposite of what you normally do, but go ahead and give it a shot. The reason for doing this is simple: It simulates what you do when you’re truly fatigued. Many of us have experienced the bad feeling of gasping for air after a strenuous run or other exercise. By breathing through your mouth and out your nose you are building up your lung capacity and are essentially adding time and distance to your run.

After about two weeks of trying this technique, I am certain you will be running longer, faster, and drop a whole lot of weight in the process.

This may seem like a platitude, but to really improve your cardio invest in a jump rope. It may take you awhile to get the hang of it, but once you are comfortable with the rope, the fitness rewards will truly amaze. The greatest benefit that you get from the rope is an increase in ankle strength. Strong ankles are key to running long distances and make pounding the pavement that much easier.

In addition to ankle strength, the rope is considered a full-body exercise that works out many of the muscle groups.

Have you ever wondered why you simply can’t lose weight even though you exercise frequently? Are you tired of constantly running and exercising to no avail? Well, I’m going to provide some tips and tricks that will hopefully benefit Curry students to attain their fitness/health-related goals.

The simplest reason people can’t drop the pounds is their diet. If you put too much emphasis on cardio but disregard your food intake, it is likely you will not get the results you desire.

I’m not saying that you have to become a vegan or start eating raw eggs in the morning like Rocky Balboa to reach your fitness goals. It’s all about finding the right foods that appeal to your taste buds as well as your overall fitness goals. Meals that are rich in protein, such as steak, fish, eggs, chicken, granola bars, pretzels and even yogurt, will help you get the physique you desire.

That being said, you must also remember to cut down on your proportion sizes. My suggestion would be to eat more meals throughout the day that consist of small to medium proportions.

The worst thing you could do is skip a meal, like breakfast, for example, and then eat a big lunch leaving that leaves you full until dinner time. Space out your meals throughout the day, and I can almost guarantee you will see visible changes with your body. Also, try to keep away from fried foods and soda as much as you can because they contain an abundance of bad calories that quickly turn into fat.

Obviously, diet alone is only half the battle. You must balance good eating with a good amount of exercise to truly reach your fitness goals. So, don’t give up on working out. Take advantage of the Curry Fitness Center or give the shuttle bus a rest and walk your way around campus every now and then.