In 1934, Henry Miller’s sexually explicit novel “Tropic of Cancer,” a semi-autobiographical account of his own exploits as a struggling writer, was published in Paris, France. Due to Miller’s descriptions of his sexual encounters, it wasn’t until 1964, after the Supreme Court ruled the book was not obscene, that it was published in the United States.

Its popularity in the U.S. may have been because of evolving sexual attitudes and social behaviors, and those results are still felt across the country today, particularly on college campuses.

The 1960’s saw liberation of sexual restrictions that had been placed on people and art for decades.  There was an acceptance of sex outside of marriage as well as a somewhat greater acceptance of people’s homosexuality. There was also the invention of the birth control pill for women.

Sex was the counterculture for many. Students and “hippies” practiced and preached the concept of “free love” as a form of protest during the turbulent decade — a time that saw military action dominate the news.  But the term “free love” was not intended to mean multiple sexual partners. Rather, it was one’s ability to have sex beyond the restrictions of law. A result of increased free love came from President Lyndon Johnson, who strongly advocated for the birth control pill for women. Sex became a normal part of ordinary everyday life and no longer was it a taboo subject. 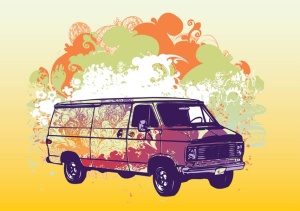 At the height of the sexual revolution, the summer of 1967, San Francisco saw more than 100,000 people descend onto the city during what is now referred to as the “Summer of Love.” San Francisco had always been the center of the 1960’s movements in music and culture. Now, the sexual revolution would take hold there and it would join forces with the psychedelic drug culture, and at the forefront was LSD.

LSD altered people’s perceptions and brought a more spiritual experience. Musicians such as the Beatles, the Grateful Dead and Jimi Hendrix, as well as author Ken Kesey and psychologist Timothy Leary brought the drug into popular culture.

We see the impact of the sexual and drug revolution in the 1960’s today. Because of a loosening of conservative values in certain areas throughout the country, colleges in the late ’60s began allowing co-education residence halls. Here at Curry, all but Green House, Brown House, White House and the Cottage are co-ed. And while psychedelic drugs may not be as prominent as they once were, the wide usage gave way to today’s increased societal acceptance of marijuana.

Fifty years later, the changes in attitudes toward sex and drugs continue to impact our world.