As the weather gradually improves, more and more people begin to venture outside in search of fun events to partake in. Fortunately for those who are music lovers, there are plenty of events in Boston to keep them occupied as summer swiftly approaches.

Local ska-punk legends Big D and the Kids Table will be playing Showcase Live at Patriot Place in Foxboro, Mass., on Thursday April 26. The venue will host Badfish (a tribute to Sublime) the following evening, Friday April 27, as well as Another Tequila Sunrise (a tribute to The Eagles) on Friday May 4.

The Paradise Rock Club (located on Boston University’s campus) hosts a few notable acts over the next couple months, including indie rockers The Drums on Wednesday April 25 and Good Old War on Thursday April 26. 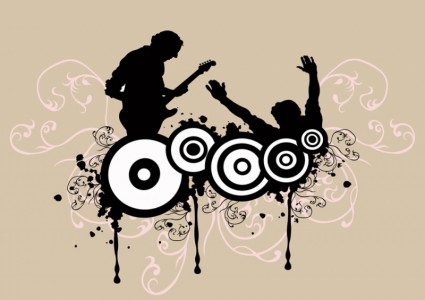 The House of Blues (located across the street from Fenway Park) has a plethora of exciting events coming up. It will be hosting The Cranberries on Friday May 11, indie up-and-comers M83 on Wednesday May 9, power pop group The Maine on Friday May 18, post-hardcore/emo band The Used on Saturday May 19, punk rock legends Rancid on Sunday May 20 and Monday May 21.

Royale (located in the theater district, near Chinatown and Emerson College) plays host to alt. rock mainstays The All-American Rejects (along with A Rocket to the Moon) on Saturday April 28.

The Middle East (located in Cambridge a couple blocks away from the Central Square Red Line station stop) is not hosting any remarkable artists, but every Tuesday it hosts an 18+ electro/dubstep dance party called “Throwed,” which is typically well-attended.

Christian rock group Creed will drop in on The Orpheum (located between Downtown Crossing and Park Street) on Friday April 27, before Regina Spektor will play on Thursday May 10 and Edward Sharp and the Magnetic Zeroes play on Saturday May 12.

The Red Hot Chili Peppers are playing at TD Garden on May 7, but this show sold out almost instantaneously after tickets were released to the public in February

Blink-182 is playing the Verizon Center in Manchester, NH on Thursday May 17, as well as at Mohegun Sun in Connecticut on Friday May 18,

There is always something to keep one busy in Boston, and this spring season is no exception. For those who love the music scene and attending concerts in smaller venues, Boston is the place to be for the next couple of months, as there is no shortage of shows.